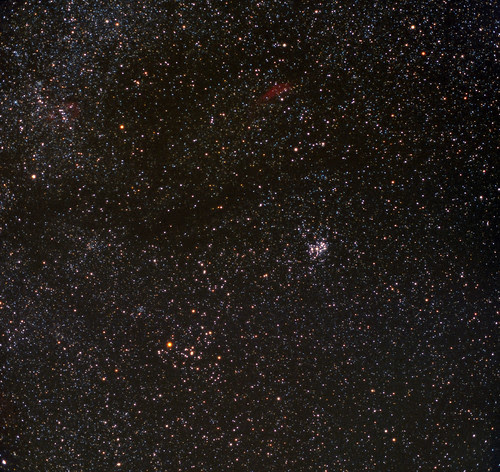 E100G lacks the red and blue response E200 holds in spades, but is more sensitive to greens. That is typically a bad formula for an astro film, as skyglow and manmade light pollution would record predominantly.

Reciprocity looks good and with a one stop push this film would be a great alternative to E200 if shooting the brightest regions of our Milky Way, such as those in Sagittarius and Ophiuchus. Star colors are well rendered.

As seen here, the film did record the California nebula and a very pale blue Pleiades. More interesting however is that it handily shows the Taurus Dark Cloud and what appears to be the Zodiacal Band running through Taurus.