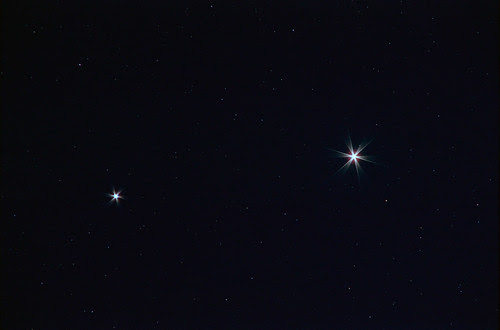 Jupiter and Venus, a photo by Nightfly Photography on Flickr.

Jupiter and Venus were close enough on the evening of March 12th, 2012 to fit inside the field of my 300mm lens. I employed a somewhat unknown method to produce the diffraction seen here. I stopped the lens down from full aperture and made the exposure. Equatorial tracking was employed. 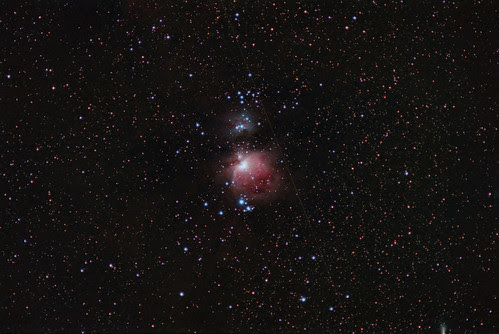 Sure there is some CA around the stars, but this in 1973 equipment! To be fair, there were some high clouds present on the evening this was shot, hence the brightest stars have halos.

Saying Goodbye to Winter: Orion Sets in the West 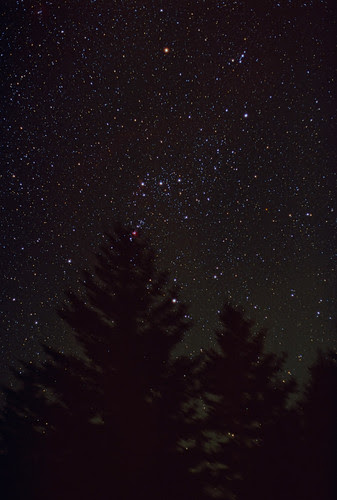 Saying Goodbye to Winter: Orion Sets in the West, a photo by Nightfly Photography on Flickr.

Parting is such sweet sorrow, unless you mean it is the end of winter. Goodbye Orion, we'll see you again soon enough, perhaps on a cool late night in autumn. 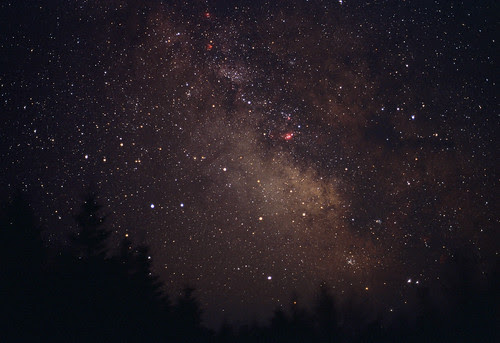 Morning Milky Way, a photo by Nightfly Photography on Flickr.

In April 2009 when the summer Milky Way was present in the early morning sky, I took several images using my Pentax Spotmatic with 50mm f/1.4 Takumar lens. This frame shows what can be captured with the lens wide open to capture the sky frozen against the landscape. This 2 minute exposure shows that film can still do the job.

Oh yea, this was shot from my front yard. Living away from civilization has its benefits.